THE ORGAN OF THE FIELD

The Artists’ Vineyard began as an idea by Guinovart on a piece of land once full of almond trees that we shaped and made ours. We imagined a green vineyard waving like a pirate ship, at times rhythmically following the notes of a saxophone, at others quiet and promising like a blank canvas. The Artists’ Vineyard is that, a space open to the wind so that it speaks through an organ of the field; a free place where someone with something to say can make it their own by seeding it with their own language. An agora for artistic expression merging with the land. A poor land, full of round stones, dry: perfect for a great wine.

The Artists’ Vineyard wants to be a tribute to those who once imagined it, Guino, and it is to him, to our friend, that we dedicate the year 0, the beginning, with his sculpture “L’Orgue de Camp” [The Organ of the Field] as an eternal witness.

“The Organ of the Field, an instrument so that the wind can sing to the vines…” 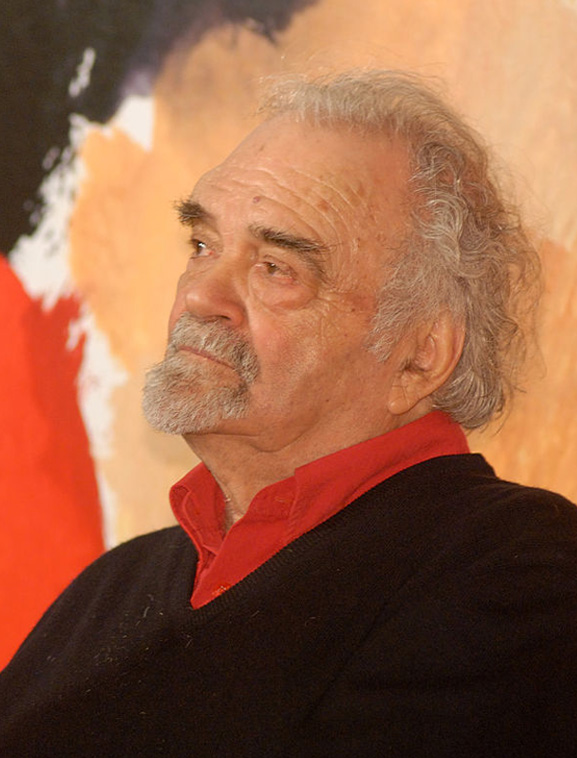 He was a Catalan painter, draftsman and engraver, considered one of the highest representatives of Informalism. He joined the School of Master Painters in 1941. He studied at the School of Art in Barcelona, with a scholarship in Paris. Guinovart was one of the most venerated painters of the Spanish post-war avant-garde. He collaborated with the magazine Dau al Set and experimented with all the possibilities of contemporary painting.

He was awarded the City of Barcelona award in 1981, the National Prize for Plastic Arts in Spain in 1982, and the “Creu de Sant Jordi” in 1983, the Plastic Arts Prize of the Cultural Department of the Generalitat de Catalunya in 1989 and 1990, Officer of the Order of Arts and Letters by the French Government in 1993, etc.

His work is exhibited in museums around the world such as the Museo Nacional Centro de Arte Reina Sofía (Madrid), National Art Museum of Catalonia (Barcelona), the Guggenheim Museum (New York), the Museum of Modern Art (Mexico City) and the Barcelona Museum of Contemporary Art.

In 1994 an art space dedicated to his work, called “Espai Guinovart d’Agramunt”, was opened in Agramunt.

DOOR TO THE FIELD

A resting space that connects life at the winery with the land. Entrance inspired by the Agramunt’s church Romanesque doorway.